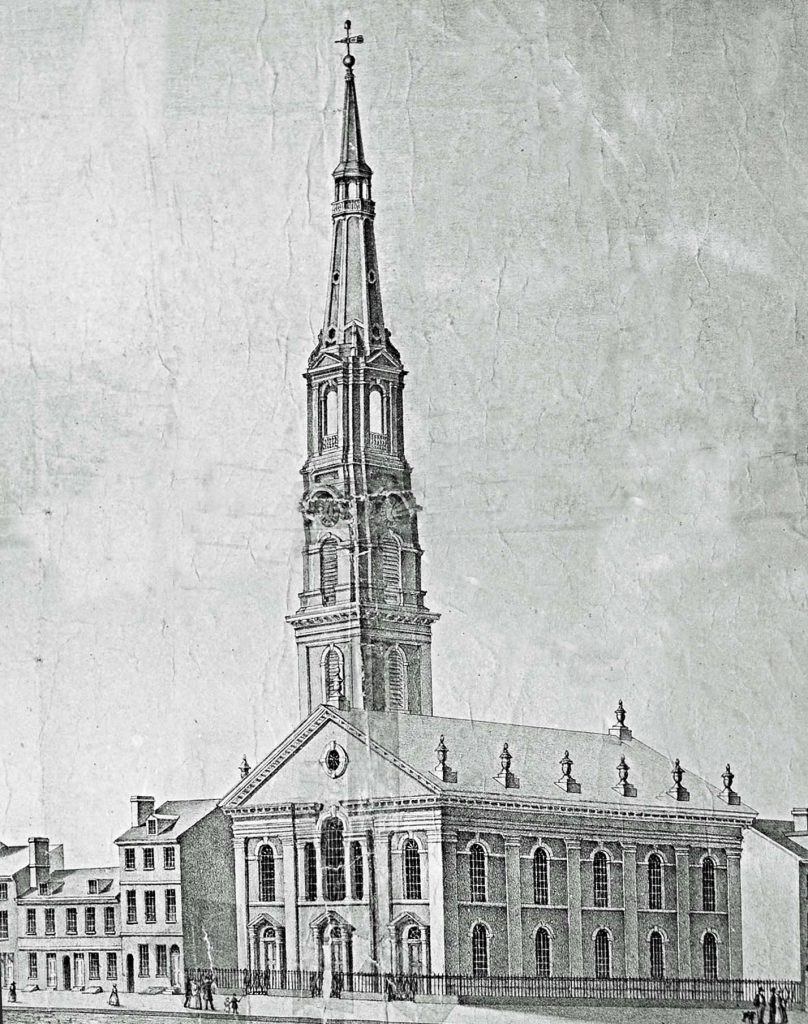 All of our events are open to the public.
We welcome members and non-members alike.
To register and receive a link to the Zoom webinar, please send your RSVP to gsplibrarian@gmail.com Construction of Zion Lutheran Church at 4th and Cherry started on 16 May 1766 and was completed on 25 June 1769. Zion Lutheran was designed by Robert Smith who also drew up the plans for Carpenters’ Hall in Philadelphia. It took 525,567 bricks to construct the church and seated 2,500 worshipers comfortably. Zion was the largest auditorium in colonial America and boasted that it had the largest Tannenberg pipe organ in the western hemisphere. Zion is the quintessential Lutheran story. It begins with a worried Mühlenberg who must oversee the campaign and building project. The congregations lives through the Yellow Fever Epidemic in 1793 and loses 610 parishioners within three months. A fire guts the sanctuary in 1794, and five years later hosts the Congressional Memorial Service for General George Washington. It celebrates its centennial in 1866, and then decides to consolidate, build a new church and demolish the colonial sanctuary in 1868. Come live our history. The presentation will feature of PowerPoint Presentation with images of this church that lives on in our ministry. Fun, Fellowship, and Food for Thought are guaranteed! Presenter Biography The Rev. Dr. Karl Krueger has recently retired from Washington Memorial Chapel in historic Valley Forge. He started as the Priest Associate in 2015 and became the Interim Rector in February 2018. He is an ordained pastor in the Evangelical Lutheran Church in America and has pastored an English/German congregation in Philadelphia, a Slovak/English congregation in Windsor, Ontario, and has served as the “Interim” in four congregations. In addition to his pastoral duties, Dr. Krueger taught at the United Lutheran Seminary in Mt. Airy, Philadelphia. He has a PhD in History from the University of Michigan (1992) and a Master’s in Library Science from Drexel University (1995). He has worked in the Rare Book Room at the University of Michigan, the Balch Institute for Ethnic Studies, and from 1999-2016 administered the Krauth Memorial Library of the Lutheran Seminary. A native of Philadelphia, he attended schools in Germany and Poland. He is a sought after preacher, workshop leader, and speaker on Henry Melchior Mühlenberg and the Lutheran Reformation. He received a fellowship from the National Endowment for the Humanities in 2007, and has attended Rare Book School at the University of Virginia. He retired from directing the library at the Lutheran Seminary in 2016 and was awarded emeritus status from the Board of Trustees of the Seminary in 2017. Image: Courtesy of the Lutheran Archives Center at Philadelphia
All of our events are open to the public.
We welcome members and non-members alike.