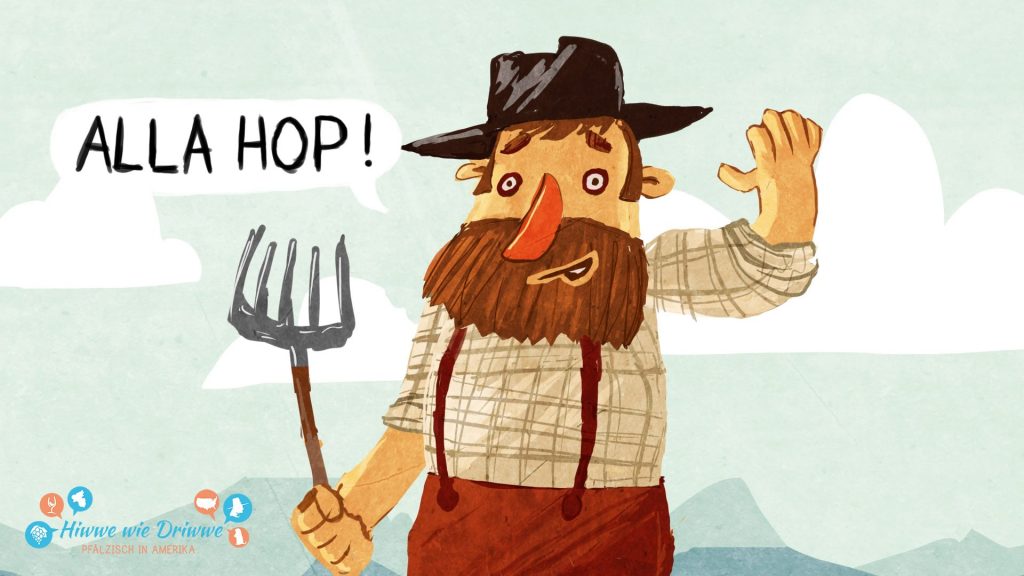 All of our events are open to the public.
We welcome members and non-members alike.
Join us on Saturday, June 29 at 3:00pm for a screening of Hiwwe wie Driwwe, a documentary on the roots of Pennsylvania Dutch. The screening will be followed by a discussion with the filmmakers. More than 300 years ago Germans from the Palatinate, a region in southwestern Germany, left their ancestral home to seek a new life in Pennsylvania. They brought along their unique dialect, their culture and customs, which eventually came to be known as Pennsylvania Dutch. A German film team along with protagonist and YouTuber Douglas Madenford went in search of the common roots in Pennsylvania and the German state of Rhineland-Palatinate (Rheinland-Pfalz). The result is a highly entertaining and informative documentary film called “Hiwwe wie Driwwe” — or “Over Here as Over There”. You can read more about the documentary on the attached postcard or on its official website: http://www.hiwwewiedriwwe.com/en/ The cost will be $10 ($5 for students), and will be shown with English subtitles. Tickets can be purchased online, over the phone at 215-627-2332, or at the door on the day of the screening. We hope you can join us for what is sure to be a very interesting film and discussion.