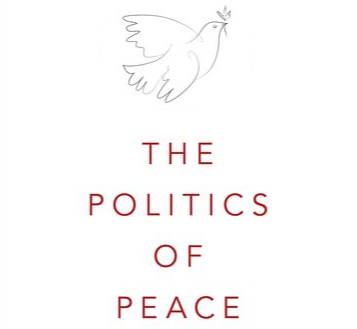 All of our events are open to the public.
We welcome members and non-members alike.
We are delighted to invite you to the Horner Memorial Library for Thursday, May 30, at 6:00pm, when German Society member and former Board member Dr. Petra Goedde will give a talk on her recent publication, The Politics of Peace. A Global Cold War History (Oxford 2019). Dr. Goedde is Associate Professor of History at Temple University, and Director of its Center for the Humanities at Temple University (CHAT). She is a specialist in transnational, culture, and gender history. She previously published GIs and Germans: Culture, Gender, and Foreign Relations, 1945-1949 (Yale 2003), and has co-edited, with Akira Iriye and William I. Hitchcock, The Human Rights Revolution: An International History (Oxford 2012), and, with Richard Immerman, the Oxford Handbook of the Cold War (Oxford, 2013). Her research has been supported by various fellowships, among them the German Academic Exchange Service, the Charles Warren Center at Harvard University, the Davis Center at Princeton University, and the Center for Advanced Studies at the Ludwig Maximilian Universität, Munich. Beginning in July 2019, she will serve as co-editor of the journal Diplomatic History. Here is an excerpt of the description of her book from the publisher’s website: “During a television broadcast in 1959, US President Dwight D. Eisenhower remarked that "people in the long run are going to do more to promote peace than our governments. Indeed, I think that people want peace so much that one of these days our governments had better get out of the way and let them have it." At that very moment international peace organizations were bypassing national governments to create alternative institutions for the promotion of world peace and mounting the first serious challenge to the state-centered conduct of international relations. This study explores the emerging politics of peace, both as an ideal and as a pragmatic aspect of international relations, during the early cold war. It traces the myriad ways in which a broad spectrum of people involved in and affected by the cold war used, altered, and fought over a seemingly universal concept. … The Politics of Peace demonstrates that the scientists, journalists, publishers, feminists, and religious leaders who drove the international discourse on peace after World War II laid the groundwork for the eventual political transformation of the Cold War.” We’re hoping to have copies of Dr. Goedde’s book available for purchase at the event. Please let us know that you are intending to come by either calling the German Society’s office at 215-627-2332, or sending an email to info@germansociety.org. We are looking forward to seeing you on May 30 for Dr. Goedde’s book talk!
All of our events are open to the public.
We welcome members and non-members alike.