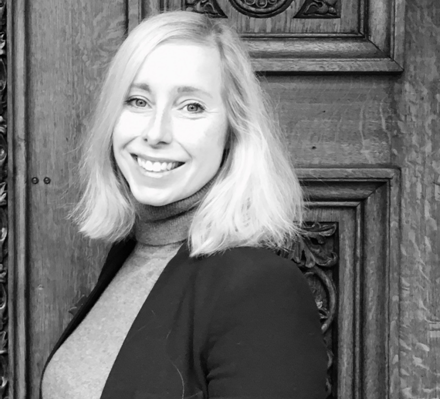 All of our events are open to the public.
We welcome members and non-members alike.
In this presentation, Dr. Elisabeth Piller will discuss her new book, Selling Weimar. German Public Diplomacy and the United States, 1918-1933 (Wiesbaden: Franz Steiner Verlag, 2021). In the decade after World War I, German-American relations improved swiftly. While resentment and bitterness had still run high in 1919, Weimar Germany and the United States had managed to forge a strong transatlantic partnership by 1929. But how did Weimar Germany overcome its post-war isolation so rapidly? How did it regain the trust of its former adversary? And how did it secure U.S. support for the revision of the Versailles Treaty? In her talk, Dr. Piller will explore these questions not from a traditional economic, but from a cultural perspective. She will illustrate how German state and non-state actors drew heavily on cultural ties – not least with German Americans – to rewin American trust, and even affection, at a time when its traditional “hard power” foreign policy tools were not available. Contrary to common assumptions, Weimar Germany was never incapable of selling itself abroad. In fact, it pursued an innovative public diplomacy campaign to not only normalize relations with the powerful United States, but to build a politically advantageous transatlantic friendship. To register for the event: Please email the German Society of Pennsylvania office at info@germansociety.org with your name, OR reserve your free ticket using the ticket selector below. You will be added to a list to receive the URL link to the Zoom webinar shortly before the program. You must register no later than 4:00p.m. on Thursday, March 4 in order to receive the Zoom link. Elisabeth Piller is Assistant Professor of Transatlantic and North American History at the Albert-Ludwigs-Universität in Freiburg, Germany. She works on US and German foreign policy and German-American relations in the 19th and 20th century. Her first monograph Selling Weimar. German Public Diplomacy and the United States, 1918-1933 was published in January 2021. She is currently working on her second book, a study of US humanitarianism and transatlantic relations from the 1890s to the 1970s.
This is a FREE event.