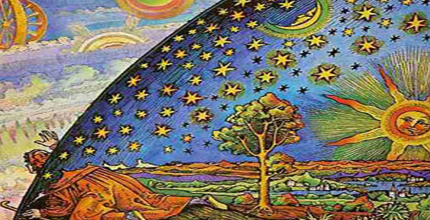 Our theme will be “A Restless Age: the Other Revolutions around 1500.” When Martin Luther posted his 95 theses on a church door in Wittenberg in 1517, he did not plan to be the founding father of a new church. But his actions sent shock waves through the medieval world, and history was changed.

But his was by no means the only history changing event of the time. We all know about the Copernican revolution that shockingly changed our “Weltbild” forever. There were the great geographical discoveries (Columbus, Vasco da Gama, Ferdinand Magellan, and others). There were innovations in science, including medicine (Leonardo da Vinci). All the men just mentioned were contemporaries of Luther. There was also political unrest (the peasant wars in Germany, the Turkish attacks on the Holy Empire). I am sure that many of our members are quite familiar with all or some of these phenomena and will contribute to the discussion.

Last but not least there was, of course, the invention of the printing press which revolutionized the literary or media world. A new genre became most popular – the “Flugschrift”, pamphlets between 1 and 50 pages, often used for political satire. Here, I will “zoom in” on two other contemporaries of Luther, Johannes Reuchlin and Ulrich von Hutten who were involved in a bizarre (also entertaining) affair known as the “Dunkelmaennerbriefe” (Letters of Obscure Men).

This glimpse at Luther’s world should contribute to understanding the historic conditions that led to his reformative work, and might well make us draw conclusions about the state of our own time.