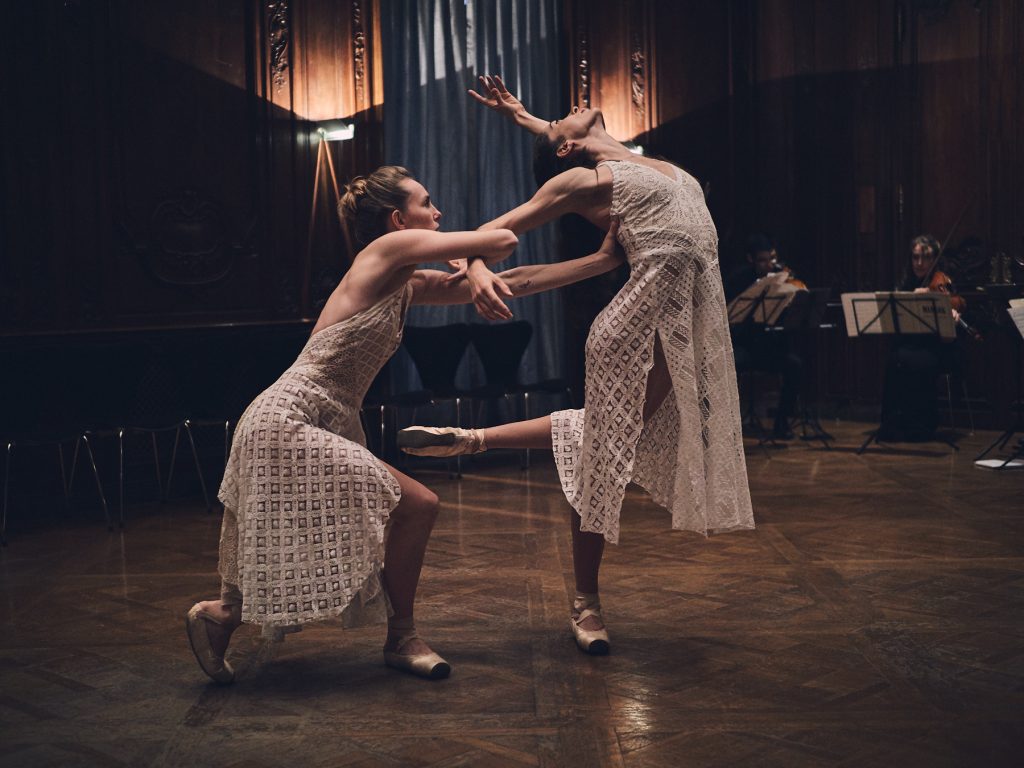 All of our events are open to the public.
We welcome members and non-members alike.
TICKETS NOW AVAILABLE: https://german-society-of-pennsylvania.ticketleap.com/stray-bird/details ABOUT STRAY BIRD: An evening of six of Mamlok's chamber music works, with dances by three choreographers, performed by New Chamber Ballet's excellent dancers and a stellar array of chamber musicians in an up-close, intimate setting. Reflecting on themes of loss, displacement, rejection, and reconciliation, the dances reveal a powerful subtext in Mamlok's delicate, abstract chamber music. An hour and ten minutes of intense, non-stop tour de force performances taking the audience on a roller coaster of impressions with entangled bodies, shimmering sounds, piercing melodies, and glacial silences. WHO IS URSULA MAMLOK? Ursula Mamlok was born to a Jewish family in Berlin in 1923, and by her early teens was a precocious talent on her way to becoming a composer. Then Germany descended into Nazi oppression, and by the time Mamlok was sixteen, she and her parents made a last-minute escape to Ecuador. Dissatisfied with her new home's lack of perspective, the teenager wrote letters to musicians abroad, one of which gained her a scholarship at the Mannes School of Music in Manhattan. Thus, as a 17-year-old she came to New York City, alone, ready to embark on a career that was both trailblazing and successful. In a touching conclusion after the death of her husband, Mamlok, now 83, returned to live in Berlin, where she passed away in 2016 at the age of 93. THE ARTISTS Choreography: Miro Magloire, Rebecca Walden, Mara Driscoll Costumes: Sarah Thea Dancers: New Chamber Ballet Soprano: Cree Carrico Musicians: Momenta String Quartet; Roberta Michel, flute; and Pascal Archer, clarinet. Praised by the New York Times as "one of the small-scale delights of the New York Dance Scene," New Chamber Ballet is dedicated to performing new ballets to contemporary chamber music. Since its inception in 2004, the company has premiered nearly one hundred ballets by founder Miro Magloire and selected guest choreographers, set to music by composers such as Stockhausen, Boulex, Cage, Feldman, Berio, Sciarrino, Furrer, as well as younger composers. The company has been praised for its classic-modern aesthetic and the top-notch musical artists who perform live at all performances. In addition to national and international touring, New Chamber Ballet continues to present its work in a bi-monthly series at Manhattan's City Center's Studios. Lauded as "refreshingly original" by Alastair Macaulay of the New York Times, Miro Magloire is the founder and artistic director of New Chamber Ballet, for which he creates ballets in his signature, sculpturesque style. Trained as a composer as well as a choreographer, he is known for his ground-breaking collarborations with musicians and a special affinity for cutting-edge contemporary music as well as for the no-frills, unaffected aesthetic he has pioneered with New Chamber Ballet. TICKETS AVAILABLE ON TICKETLEAP: https://german-society-of-pennsylvania.ticketleap.com/stray-bird/details
All of our events are open to the public.
We welcome members and non-members alike.